Congratulations to Comlux Aruba on being granted EASA TCO approval facilitating operations on its B767 VVIP!!

Comlux the Aviation Group is pleased to announce that Comlux Aruba, one of the Fly Comlux operational centers, has been granted an EASA TCO (Third Country Operator) approval which will facilitate its operation, specifically on the 767-200. This approval provides the Comlux wide body with the highest standard of compliance with European Union safety standards, therefore shortening the operating approval process.

The EASA TCO came as a result of the European Commission paving the way for airlines traveling from outside the European Union to obtain a single safety authorization for anyone flying within, to or from the EU. This approval is rapidly becoming a mandatory prerequisite to obtain operating permits for commercial operations to and from EASA member states, and it allows Comlux Aruba to apply for individual operating permits to perform commercial air transport operations for the 767 and the rest of the charter fleet.

“Our Comlux 767 operation is now more efficient than ever,” stated Andrea Zanetto, CEO Fly Comlux. “Once again Comlux is leading the path with a VVIP wide body aircraft available for charter with the EASA TCO approval already in place.” 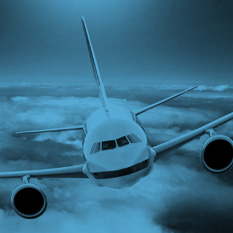